The Original Artwork can be purchased through the artist directly. Click Here Or may be purchased as a canvas print, framed print, metal print etc. 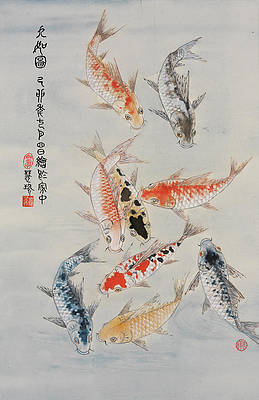 Study in Koi by Jenny Sanders 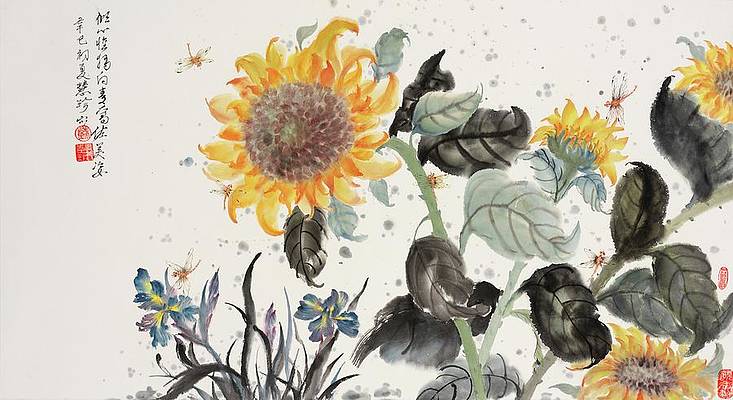 Sunflower and Dragonfly by Jenny Sanders 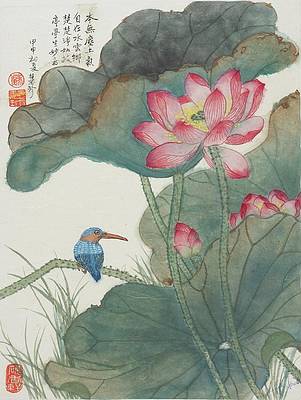 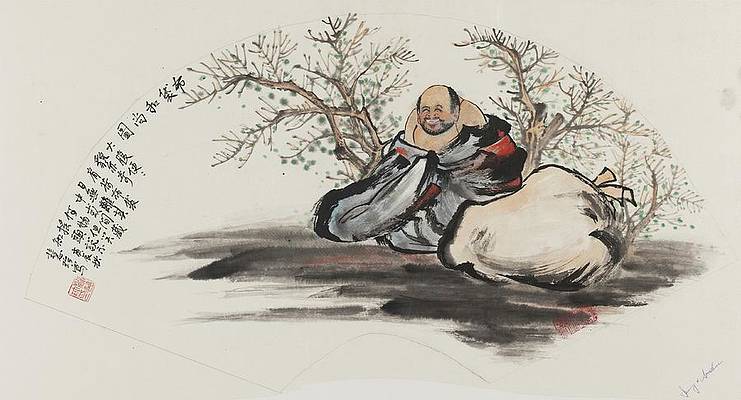 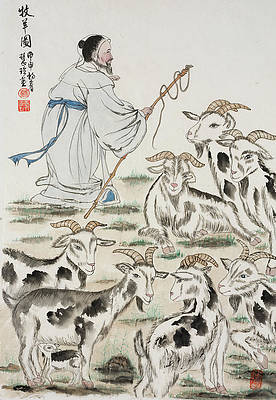 Camel Caravan Outside the Great Wall by Jenny Sanders 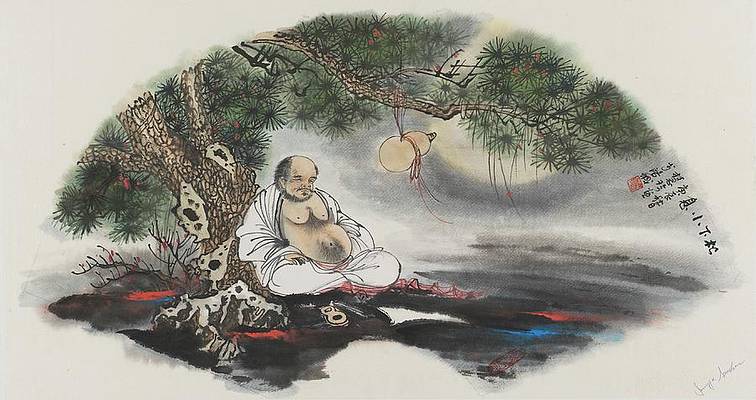 Mellow Buddha Napping Under a Pine Tree by Jenny Sanders 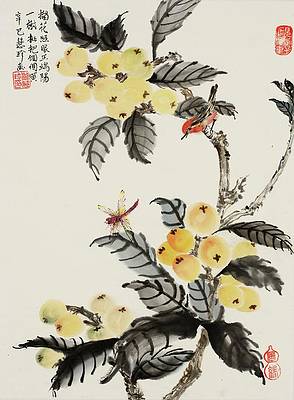 Bird and Dragonfly On the Loquat Tree by Jenny Sanders 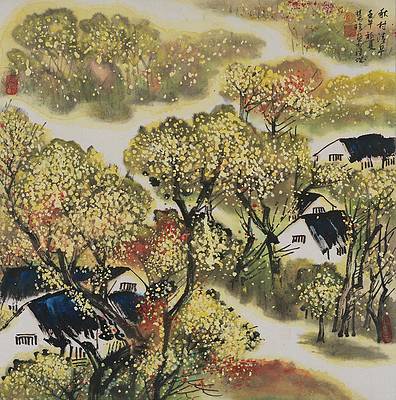 Springtime Stroll Through the Peach Blossoms by Jenny Sanders 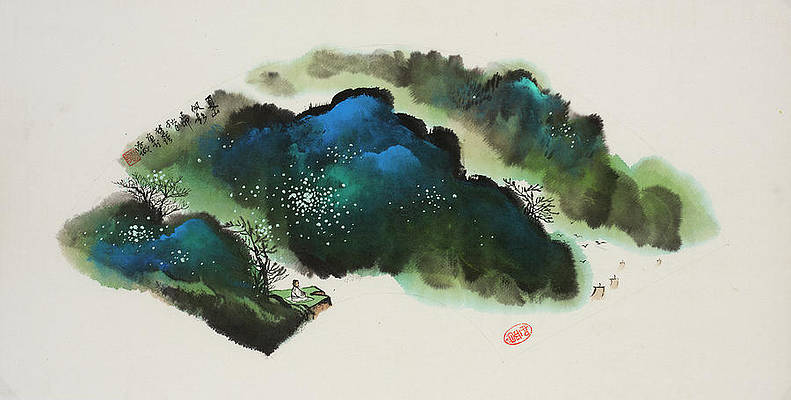 Morning Fog Along the Coast by Jenny Sanders 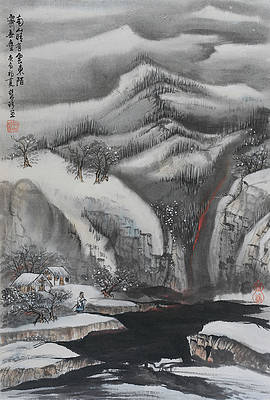 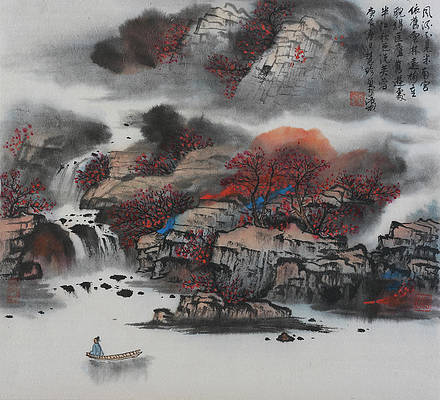 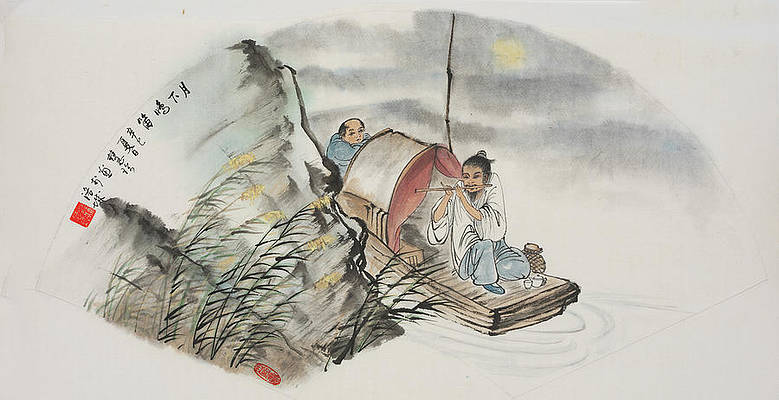 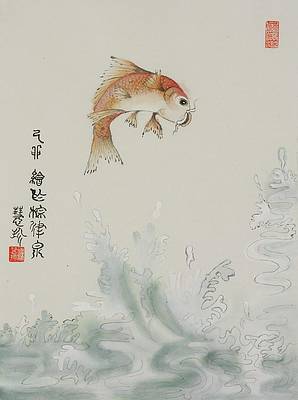 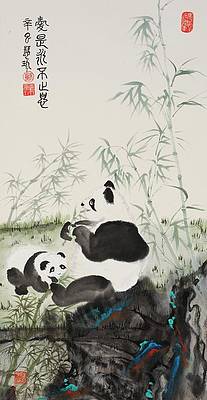 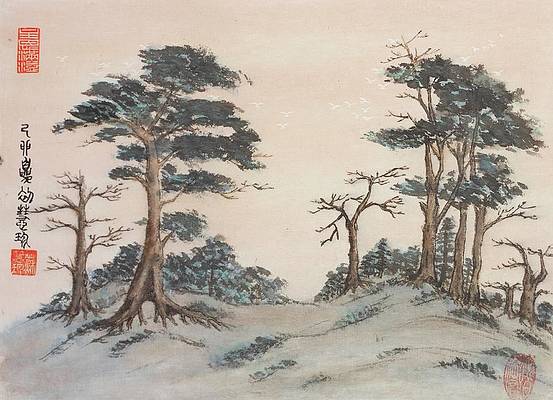 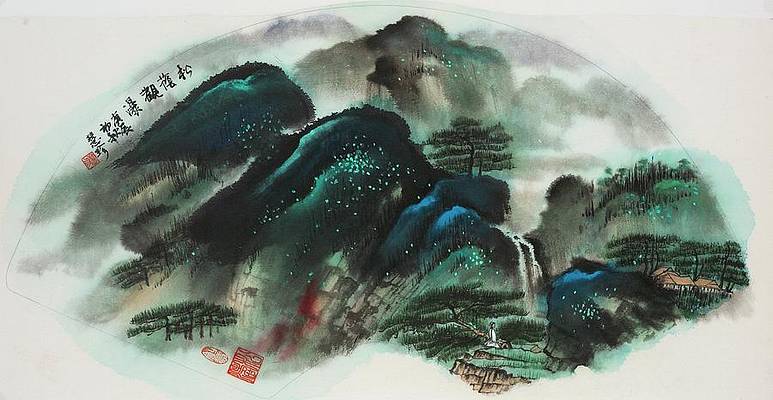 Meditation Among the Pines by Jenny Sanders 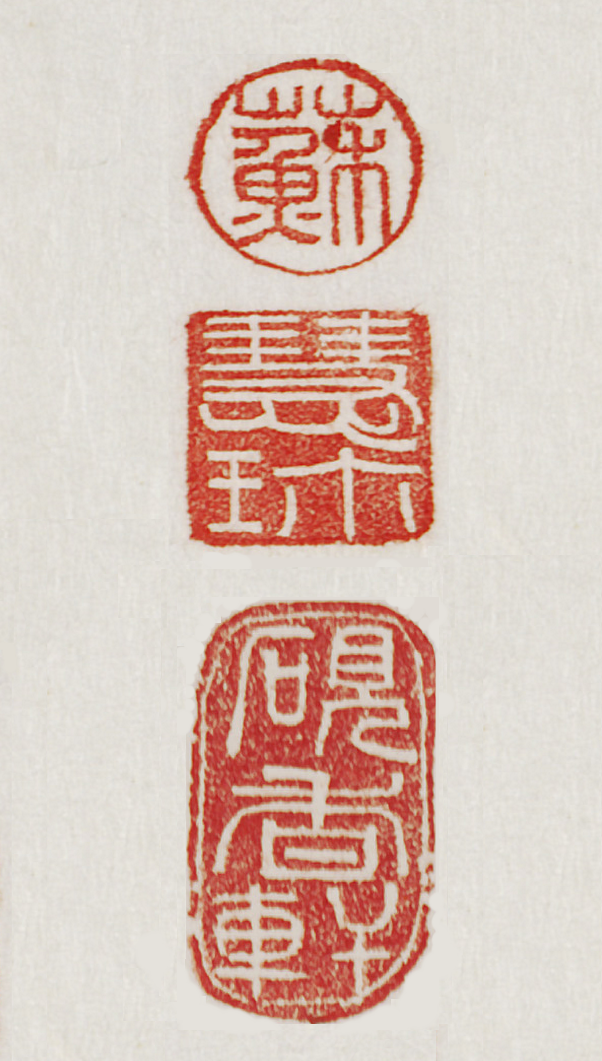 Jenny Sanders was born Huizhen Su in Nanking, China in 1946, a tumultuous period in Chinese history. Her father was a pilot with the forces of Chiang Kai-shek during World War Two. Her parents met when he made an emergency landing in her mother's village and they married in 1943. Jenny is the oldest daughter of six children.

The family escaped to Taiwan in 1947 at the beginning of the Chinese communist revolution as there was great danger in China for the military officers and their families who supported Chiang Kai-shek.

The family settled in Taiwan, and Jenny began her first art lessons in kindergarten. She continued to study art throughout her school years. She then attended college and studied fashion design. In 1970, she and a sister emigrated to the United States to join their mother. Jenny found work in a fashion design company specializing in wedding gowns and evening dresses.

She worked in several other companies over the years, always utilizing her design and organizational skills. Laid-off from her job in 1996, she took advantage of the free time she now had and took up her painting again. Jenny took lessons from four teachers, further developing and refining the techniques of brush painting she had first learned in Taiwan.

Historically, Chinese painting is an intrinsic element of Chinese literature and philosophy as it emphasizes expression of feeling and mood.

A quote from the introduction of a book of paintings by a renowned Chinese artist who was also one of Jenny's teachers, defines her artistic philosophy: "If Chinese painting depicts something which you see and suggests to the viewer something he must project or imagine, then it is consistent with Aristotle's definition that the "aim of art is to represent not the outward appearance of things, but their inward significance."

In Chinese art nature is paramount, and a dominating force. Humans and their endeavors are often rendered on such a small scale as to be difficult to locate without a careful study of the scene. This is symbolic of the grandeur of the earth as compared to the relatively insignificant place humans and creatures occupy while here.

This concept is an integral part of the philosophy Jenny's teachers instilled in her. These paintings represent or symbolize objects and virtues in daily life and their task is to remind us of our humanity and the creative abilities inherent in all of us.

When beginning a new painting, Jenny asks herself how she can convey the mood she senses in the scene onto the paper using brush and inks. Would the essence of the scene be better reflected if depicted in Gongbi, a carefully rendered, realist technique, or Xycyi, the freely-expressed, impressionistic style?
Jenny says she becomes so deeply absorbed in her work, she often loses track of time. When a work is completed, she enjoys imagining she is in the painting, a part of it, not simply an observer of the scene. Jenny believes a painting must reflect the soul of the artist. This is her inspiration.

Jenny's last teacher told her, "I have nothing left to teach you. Go do your own."

And so she did. Jenny Sanders now has over 200 Chinese watercolor paintings on a myriad of traditional Chinese subjects. The Original Artwork can be purchased through the artist directly Click Here